Build Your Own Internet

The objective of BYOI workshops has been two-fold:

1) To expand people's understanding about the various problems facing the mainstream Internet and how decentralized, commmunity-controlled networks could be a way to build internets that are more open, localized, and democratic.

2) To enable peer-to-peer skillshares and learning through hands-on demonstrations and workshops on various aspects of building community mesh networks.

The next BYOI will take place on 18 November 2018 at the Omni Commons! To stay up to date and learn about our next workshop, sign up for our newsletter. 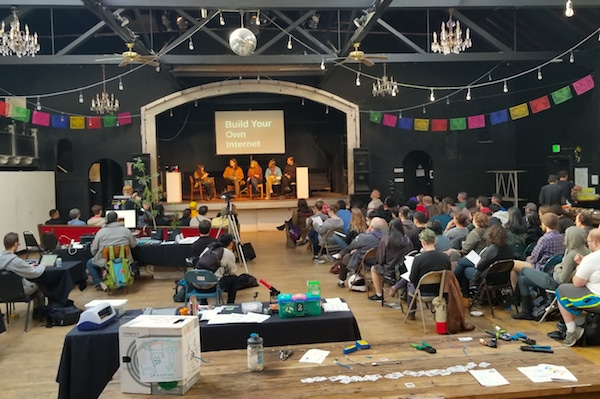 Build Your Own Internet

Description of Build Your Own Internet Workshop January 2018

What if the internet wasn't about connecting to Comcast, AT&T, Google, or Facebook?

What if it meant connecting directly with your friends, neighbors, and community...?

Today, the internet is controlled by a handful of corporate internet service providers (ISPs). Companies like Comcast, AT&T, and Verizon actively lobbied, and succeeded, in unraveling net neutrality protections in this country — rules that were critical for protecting the free and open internet. These are the same companies that are failing to provide affordable internet access to low-income communities across the Bay Area, preventing already disenfranchised peoples from participating in the lucrative tech economy.

Meanwhile, digital platform monopolies such as Google and Facebook, while supporters of net neutrality, have a business model based upon surveiling and collecting massive amounts of personal data on all of their users. These companies are completely opaque (far from transparent) about what they are collecting and how they are using the information.

The People’s Open Network is one such network, providing a liberating, people-powered alternative to the top-down, corporate status quo. It is a mesh network, meaning that the more who join the network, the more resilient it becomes. Even if one node drops out, the network will route around the damage — maintaining connections and enabling communication even if the Big Internet goes down due to an earthquake or censorship. We are not alone. Around the world, there are mesh networks that are thriving — from Catalonia to Detroit, Argentina to South Africa.

Our closely affiliated partner, SudoMesh, has developed free and open source firmware that enables people to mesh their connections through their wifi routers and share their internet bandwidth with others. The hardware to enable this, home routers and roof-mounted antennae, have become even more affordable, costing between $20-$80 per device.

We have the technology. Now it's up to us to connect with other members of the [Oakland/Bay Area] community to build this network. We need to talk to our neighbors, as well as local organizations and businesses, about the potential of mesh networks and convince them to join it by installing a node in their home or place of work.

The Mesh in Action 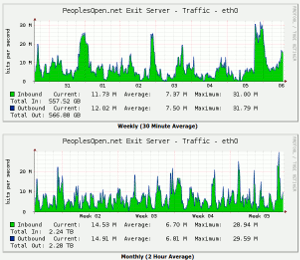 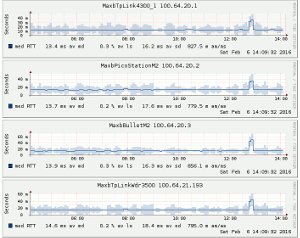